Fast food employees and their advocates can trace their campaign for higher wages back several years, and these past few weeks appear to show their efforts are finally paying off.
On July 22nd, the Fast Food Wage Board voted on three motions, all of which passed. The motions include raising the minimum wage to $15 a hour, a phasing plan that laid out the increments in which fast food chains must raise their minimum wage, and finally, the definition of a fast food chain: “a fast food establishment that are part of chains that have 30 or more locations nationally.”

Since the Department of Labor’s press release announcing the vote, there have been celebrations, objections, plans for lawsuits and countless questions.

Here are some major points of contention: 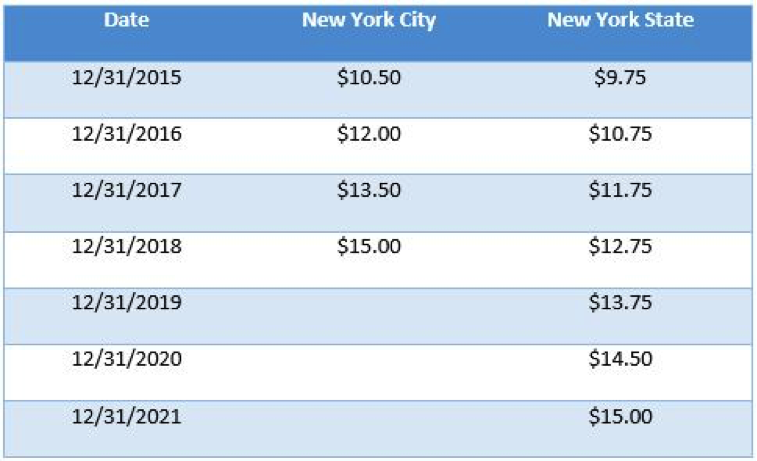 It’s important to note that not only are fast food employers upset because they feel they have been singled out, but angry workers from other industries are wondering why their wage is not being raised. In response to this, policy researcher Irene Tung said the change “will likely put pressure on employers in others industries to raise wages in order to compete for workers.” For example, retail workers now may flock to the fast food industry seeking higher wages, ultimately forcing the retail industry to eventually raise the minimum wage as well.

Fast food chains, such as Tropical Smoothie, are already raising prices to prepare for the wage change. Laura Jankowski, owner of multiple Tropical Smoothie locations, explains “[the wage increase] is really going to come down to less people.” “What I envision is cutting labor, hiring less people, having less people per shift,” she stated. It may seem impossible to sustain a restaurant without staff, but many fast casual restaurants, such as Panera Bread, already have tablet operated ordering systems. Some staff is necessary but many owners are looking to automated systems to reduce their reliance on workers. It may seem impossible to have a restaurant without staff – but like the tablets used at Panera Bread and the drink filling carousels at McDonald’s, other initiatives are popping up as a way to offset the higher cost of employment and reduce headcount.

Several researchers have found that a small raise in the minimum wage can raise the standard of living for workers with limited to no job loss. However, the 171% increase being proposed in New York has no precedent. Still, proponents are bolstered by a 2003 Santa Fe wage change that was not quite as steep, but proved through economic analysis to have had minimal affect on employment.

Still, there are a few more pieces of uncertainty. If this change does lead to price changes across the board, you must consider the people who did not receive a raise. They may think twice before purchasing a nice refreshing smoothie or hamburger, ultimately affecting business in the long run. Additionally, the larger fast food chains such as McDonalds or Taco Bell should have no problem surviving the change, while the smaller ones, with just over 30 branches, may feel the brunt of the impact.

It seems there is limited data Americans can use to understand what the fall out of this change will be. However, Americans, especially New Yorkers, seem to be acknowledging that a change is coming. Whether they are rejoicing about their newly gained wages or planning for the increase in employment costs, arrangements are being made.

Why You Need A Restaurant Scheduling Tool Instead of Excel

The Tax Forms You Need to File for Your New Restaurant